Where:  Illini Union Room 314B at the University of Illinois

9:00 – 10:00: Discussion on party structure: Should we revisit our party structure and by-laws to reflect current realities about how work is getting done (or not done)? If so, how? The discussion and suggestions coming out of it would serve to inform the By-Laws Committee to draft corresponding changes for action later.

A. Review steps that need to be done to prepare petitions – list of electors, etc.

B. Who is going to coordinate the petition drive? Discuss tentative plans.

C. Report on who is seeking to run for local/down-ballot offices.

2:30 – 3:50: Panel: What is Eco-socialism? Rich Whitney, Chris Blankenhorn, Peter Sentz of Party of Socialism and Liberation

Join Greens from across the country at the Eco-Socialism Conference on Saturday, September 28th.  The lineup of prominent Greens and Green-friendly speakers includes:

LOCATION:  University Center, 525 State St. in Chicago  from 9am to 6pm

HOPE YOU CAN MAKE IT! 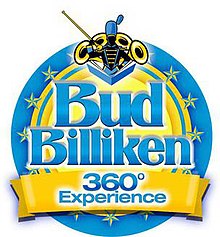 We get to walk in the annual Bud Billiken Parade!

Join us!  We need Greens to carry banners and signs, wear hard hats, and Hulk gloves!  Bring your family and friends!

Where:  The parade route goes from King Drive at Oakwood to Ellsworth and 55th.  More info to follow.

He “is probably the person who most deserved but never received the Nobel Prize,” U. of C. chemistry professor R. Stephen Berry says.

Clemens Roothaan survived a Nazi concentration camp, slave labor and a death march and became a physicist at the University of Chicago who came up with a scientific breakthrough in 1948 while enjoying a Chicago Symphony Orchestra concert at Ravinia Park.

His startling notion about molecular orbital theory helped change physics, according to R. Stephen Berry, a U. of C. chemistry professor.

“Lying in the grass, listening to the music and looking at the stars,” Mr. Roothaan told The Journal of Molecular Structure: the OCHEM, “it suddenly flashed through my head that standard MO theory did not start with the right question.”

Nearly 70 years after he wrote a paper on that lightbulb moment, it remains a popular resource for scientists.

“One time when we were nominating him for a Nobel Prize, it turned out it was the second most-cited paper in reviews on modern physics,” Berry said. The computations “enabled you to know where the electrons and nuclei would be in the most stable form of the molecule. From that, you could begin to predict the chemical behavior of a molecule.”

Mr. Roothaan, a quantum chemist and physicist and computer pioneer who taught at U. of C. from 1952 to 1988, died June 17 at his Hyde Park home while listening to the Native American drumming he enjoyed. He was 100 years old, and the suspected cause was a heart attack, said his daughter Karen.

Berry called him “probably the person who most deserved but never received the Nobel Prize.”

“He was a true giant in our discipline,” said Paul Bagus, a former student who is a chemistry professor at the University of North Texas.

Born in Nijmegan in The Netherlands, young Clemens fed his precocious curiosity early on, he told the molecular structure journal. At 3, “I did not understand how toasters, lamps and irons depended on a wire coming out of the wall. . . One day, I found an outlet whose cap had crumbled. I began to put my finger systematically on the various exposed parts, intent on getting some response from this mysterious gadget. I finally did, in the form of an electric shock that made me withdraw my finger abruptly and imbued me with great respect for the mysterious force I had just experienced.”

At 10, he built a crystal radio receiver.

He studied at the Technical University of Delft, where “by the time we graduated, we were able to read the scientific literature in French, German and English,” he told the journal.

As war loomed, he and other students were inducted into the army. When the Germans attacked in 1940, the scholar-soldiers “who had never fired a gun [were] now deployed around Delft to cope with German paratroopers and glider convoys,” he said in the oral history. “Quaking in my boots one night, I fired my only shot of the war, missing a moving shadow that later turned out to be a goat grazing in a nearby meadow.

“After four days, The Netherlands was crushed by the overwhelming military might of Germany. It was utterly depressing.”

A Catholic, he was allowed to continue his studies for a while. But the Nazis scooped up Mr. Roothaan and his brother John in 1943 when they came looking for another brother, Victor, who was a member of the Dutch resistance. Held for more than three months in a police lockup, Mr. Roothaan tried to pass the time with a library book, “Raum, Zeit und Materie” — which means “Space, Time and Matter.”

He and his brother John were transferred to Vught concentration camp in The Netherlands. For a time, he told the journal, conditions there were tolerable because of the camp’s proximity to the N.V. Philips company, the electronics giant for which Mr. Roothaan was allowed to do work.

But as the Allied forces closed in, many prisoners were sent by cattle car to another camp, in Germany, where he estimated that only 15 to 20% of the prisoners survived.

“In Sachsenhausen,” he said in the oral history, “I had to suspend my pursuit of physics and focus every ounce of energy on survival.”

In 1945, when the Russian army neared, SS troops began to scatter the inmates. His brother John was transferred to Bergen-Belsen, where Mr. Roothaan said he died of “deprivation and typhoid.”

Thousands of others were sent on a forced 12-day march. Anyone who faltered was shot. He said the SS, with no provisions, drove them “like a herd of cattle to nowhere, either to die along the road or, probably, be drowned in the Baltic Sea . . . at least one-third of us perished.”

Fearful of the encroaching Allies and outnumbered 50-1 by their prisoners, the guards fled. Mr. Roothaan and others were met by American troops, he told the journal, and he began to recover.

His daughter Karen recalls him telling the story. “My father weighed 110 pounds when he came out of camp,” she said, and had consumed so many turnips in captivity that, for the rest of his life, “He couldn’t stand to eat turnips.”

A Guggenheim fellowship brought Mr. Roothaan to Chicago, “then the most exciting place to be for a young physicist,” he said in the memoir. “It boasted the famous site of the first self-sustaining nuclear chain reaction. Among the physics faculty were Enrico Fermi, Edward Teller, Maria Goeppert-Mayer and Robert Mulliken.”

In 1950, he earned a doctorate there in physics.

In the mid-1960s, a time when the university’s computer lab was filled with punchcards and massive machines, he proved to be “an incredible virtuoso with computers,” Berry said. “He knew how to write programs at a level of efficiency that nobody else I knew could do,” mastering “all levels of computer language, which almost nobody else did except perhaps the people at IBM and computer companies.”

Mr. Roothaan met his future wife Judith, a sociology student at the time, while both were living at the university’s International House. She was friendly with Fermi’s wife Laura, and they organized a clean-air committee to monitor coal-burning emissions.

“They had these cards with five shades of gray,” Karen Roothaan said, to denote how bad the coal smoke was. “The darker shades, you would call some number and report the landlord.”

In addition to his daughter, Mr. Roothaan is survived by another daughter, Susan, sons John, Peter and Charles and five grandchildren. A Chicago memorial is being planned for August, Karen Roothaan said.

Today (4/18/19) Green Party member, Rev. Anthony Williams, held a press conference at the Thompson Center in Chicago.    Williams joined Rep. La Shawn Ford, activists and scientists who gathered to announce that a resolution will be introduced into the Illinois State Legislature within a week proclaiming violence as a

public health issue.  They seek further legislation to address the causes of violence in our society and to heal those affected by it.

Rev. Williams’s son Nehemiah, age 34, was shot and killed in February 2018.  Williams’ tireless work since has brought together legislators, scientists and activists to find solutions to the epidemic of violence in our society.

The press conference featured Sista Yaa Simpson, an epidemiologist who works for the City of Chicago as well as Teresa Cordova, Director of the Great Cities Institute at UIC who advocated for a holistic approach to curing systemic violence.

Everyone Is Invited to a March 3rd FORUM:

NO TO NATO!    HANDS OFF VENEZUELA!

Chicago Anti-War Coalition FORUM will be on Sunday, March 3, 2 p.m.

a few blocks from the Western stop on the Brown Line. Free street parking

The Forum aims to further unite Chicagoland peace and justice forces against illegal U.S. aggression in its many forms.

There is to be a 45-minute panel to educate ourselves about:

1. The history of NATO as an aggressive arm of U.S. plans for world domination.

2. The experience of the Chicago 2012 demonstration against NATO—showing the need to go into action and stand up for peace and justice.

Join the 50th Ward Greens at their next meeting:

See all the 2018 MWRD Election Results

ALSO—In Berwyn Township, Greens sponsored a ballot question on Medicare for all that won 84% of the vote!

ALSO:  Outside your public library or post office, neighborhood or city meeting, outside elementary schools at afternoon pick up, at metra stations, etc.

It is with great sadness that we report the loss of Alberto Bocanegra, former Cook County Green Party Chair and two time alderman candidate for the city of Chicago.  According to news reports, Alberto was shot and killed after stopping a driver who had hit and run one of the bicyclists in an organized night bike ride on the South Side in the early hours of Tuesday morning, September 25th.  Funeral arrangements are pending.  We will post them on this site and send them through email and social media.

To donate for funeral arrangements go to: https://www.gofundme.com/mvc.php?route=homepage_norma/search&term=Alberto%20Bocanegra